In starting Duniya Studio in 2014, Jocelyne brought together her life-long passion for movement, music, and dance of all kinds, along with her appreciation for the arts and cultures of countries from all across the globe. Opening Duniya Studio has allowed her to bridge her artistic side with her strategic vision, organizing skills, and tireless work ethic.

Jocelyne is known for organizing successful community dance events in Ottawa-Gatineau, including: many workshops with guest instructors; open student dance nights at restaurants; theatre shows; assisting her dance teachers Denise and Ahmed Enan with bringing three tour groups of dance enthusiasts to Egypt; initiating the popular Ottawa-Gatineau Shimmy Mob,  organizing the first Bellydance flash mob event at Ottawa City Hall and Parliament Hill in 2015 and 2016; and, in 2016 and 2018 co-organizing the popular Ottawa Souk with her friend Lisa-Marie Seraphin (formerly known as the Ottawa Dancers’ Bazaar, initiated by Halyma/Tracey Vibert).

Jocelyne is a member of UNESCO International Dance Council (CID), the Ontario Chapter of the Canadian Alliance of Dance Artists (CADA) and the Association Québecoise de la Danse Orientale (ADQO). She previously served on the non-profit board of the Enan Egyptian Troupe, and with the executive of the Ontario Middle-Eastern Dance Association (OMEDA). She currently serves on the board of directors of the Humanics Institute, a non-profit organization dedicated to promoting multi-cultural multi-faith tolerance. She holds a Bachelor of Arts (concentration English, minor Communications) from the University of Ottawa, a Certificate in Change Leadership from Cornell University, and a Masters in Public Administration (Management) from Dalhousie University.

She trained in ballet, tap and jazz for 12 years, starting at the age of five, with the Elaine Hunter School of Dance, and as an adult has also explored classes in Indian Dance, Flamenco, Hatha Yoga, Nritya Yoga, Ballroom dance, and Tai Chi. She joined her first Bellydance class in 1996, immediately moving to take several classes of per week with multiple instructors, eventually finding her way in 2001 to Egyptian style Oriental and folkloric dance under the instruction of internationally renowned Egyptian dance master instructor Denise Enan, a founding member of the National Folkloric Troupe of Egypt (Firqa Kaoumeia).

Jocelyne has taught ongoing dance classes and special workshops since 2002 at various locations across the Ottawa-Gatineau region, as well as making a special appearance teaching dance classes on a Royal Caribbean International cruise in 2009. To build her dance teaching skills, she has completed Studio Mouvance’s Formation des professeures de danse orientale, and Hadia’s Oriental Dance Instructor Training Program. She has also completed training in delivering classroom instruction and facilitation techniques, and has many years of experience teaching and facilitating workshops in non-dance topics as well.

For many years, Jocelyne (under the performer name Jehane) was an Oriental Dance solo performer in Ottawa-Gatineau (2002-2018). She has performed across Ontario and Quebec, on Edward Island, and once in Egypt(!), as a soloist and with dance colleagues and ensembles.. She was honoured to be a member of the Enan Egyptian Folkloric Troupe (2002-2016) and The Ottawa Zaffeh Group (2016-20 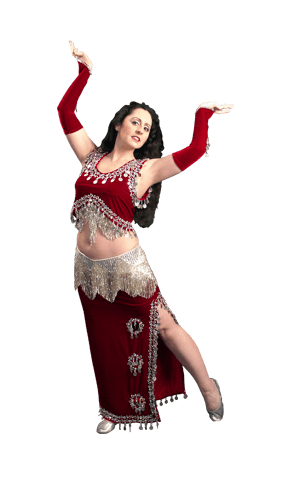